Stay connected and get all the latest

Awhile back I really started getting into the DIY home decor and Farmhouse style in my home. In fact, little by little I have made my way around the house updating and painting or changing our style.

One of the first projects I did was give my dining chairs an update.


When we first bought our home, we purchased a conference table from someone’s garage sale just before our first Christmas dinner in the house. The table was ugly and not a dining table at all, but it was the right size and could fit our large family. I decorated it with tablecloths and coverings and nobody really knew it was a garage sale junker…. except for when I told them.

Shortly after that first dinner, I was ready for our first real dining room suite. So of course, naturally as newer married couples do, I took hubs off with me to do some shopping.

We picked out a gorgeous brown and brown, and did I say brown stained table and chairs with golden toned fabric cushions. The chairs had high rolled cushion backs.

Here is a picture of this set straight from the catalog.

Pretty right??? Well, in 2010 it was, and it was also just before that farmhouse style really became at thing. Hello, fixer upper didn’t even premier until 2013. So, in 2010, I thought this would be our basic (boring) style for ever!

WRONG… I was so wrong. I bought brown for everything because I thought it went with everything, because our wood floors were brown?!?!?!!! Honestly, I didn’t know what I wanted back then or what style I liked.

So, now a few years into our marital bliss and with a handful of kids, my style, my taste and flavor have totally changed.

I purchased this chalk paint from the local hardware store. Came home and got to work on updating what we had. I basically un screwed the seat part of each chair and then removed that ever so gorgeous (what was I thinking) fabric from the seats.

I kept the batting and cushion parts. And, I used the old fabric as my pattern for cutting the new fabric. I pretty brushed gray.


Then, I enlisted hubby to help me remove and pull away all of the back chair cushions. This was little hard than I thought . I later learned that there is probably some upholstery tools you can use for this part, but since I had done similar type projects in the past, I didn’t think that it would be an issue. However, I am sure it would have made the job easier.

I will give it up to my husband who tried to warn me about this, in the end he was right. There, I said it. Just this one time honey.

In the old picture above, you will notice the extra chairs in the corners, just taking up space and not being used at all.

So, lucky for a friend, she had the exact same dining suite and she needed two more chairs to be added to her set of 4, plus she had two that were broken or rickety. I ended up giving her 4 of my chairs, and kept 6 to make a perfect set for my table.

Putting the new fabric on

Once the pattern pieces were cut to the new gray fabric, I had my sweet husband remove the staples from the old seats and re staple the new fabric cushions.

During this time, I took the chalk paint and got to work on painting the wooden bases of the chair. I ended up applying two coats because the first coat the paint did not seem as forgiving and I could still see the brown through it.

I also did not paint the sections where the cushions would go because I felt it wouldn’t be seen anyways, and no need to waste paint.

Which brush you should use with chalk paint.

Honestly, with chalk paint I do not believe it matters which brush you use. Chalk paint in itself creates that rustic almost matte finish and every time. When I have used it, there are some brush strokes. If that completely bothers you, then avoid chalk paint, stick with a regular satin or semi gloss.

However, if you want to try the chalk paint, then go for it. There’s no primer needed and its simple and quick. You can even use this brush for a more chalk paint professional finish.

We also applied some glue epoxy to help hold them in place because the manufacturer had also done this. We could see the old glue when we removed the cushions.

I let the paint dry over night. There was no odor, but I did want it to have a good amount of time to dry  before bringing the finished chairs back into our home. We also did them in parts. Meaning, we did 3 chairs at a time. And we only used those 3 for months before finally completing the second set of 3 chairs. I kids still sit in kids chairs so we didn’t need all six completed right away.

We have used them for almost a year now, and they have held up quite well. It really is a good paint and has held up especially for being white chairs with 3 kids in the house. I originally was skeptical about the paint and its ability to hold up to regular daily use and living. The white finish has held up better than some ikea furniture I also have in white. Which to me, says a lot!

So here it is again…. the before

We use these chairs daily and they are now in our breakfast nook with a different table as opposed to the dining room. Hope you found this tutorial useful. Comment below your favorite chalk paint makeover or farmhouse style.

Success! Now check your email to confirm your subscription.

free goodies straight to your inbox

This site uses Akismet to reduce spam. Learn how your comment data is processed.

I'm Layne, a wife and mom of three who loves all the crafty things. I am a crafter, embroiderer, and home decor maker, who enjoys creating, organizing, and making home decor DIYs with my Cricut and Silhouette machines. I also love helping others create a life they love. So, grab your favorite cup of coffee and let's get crafty. Read More… 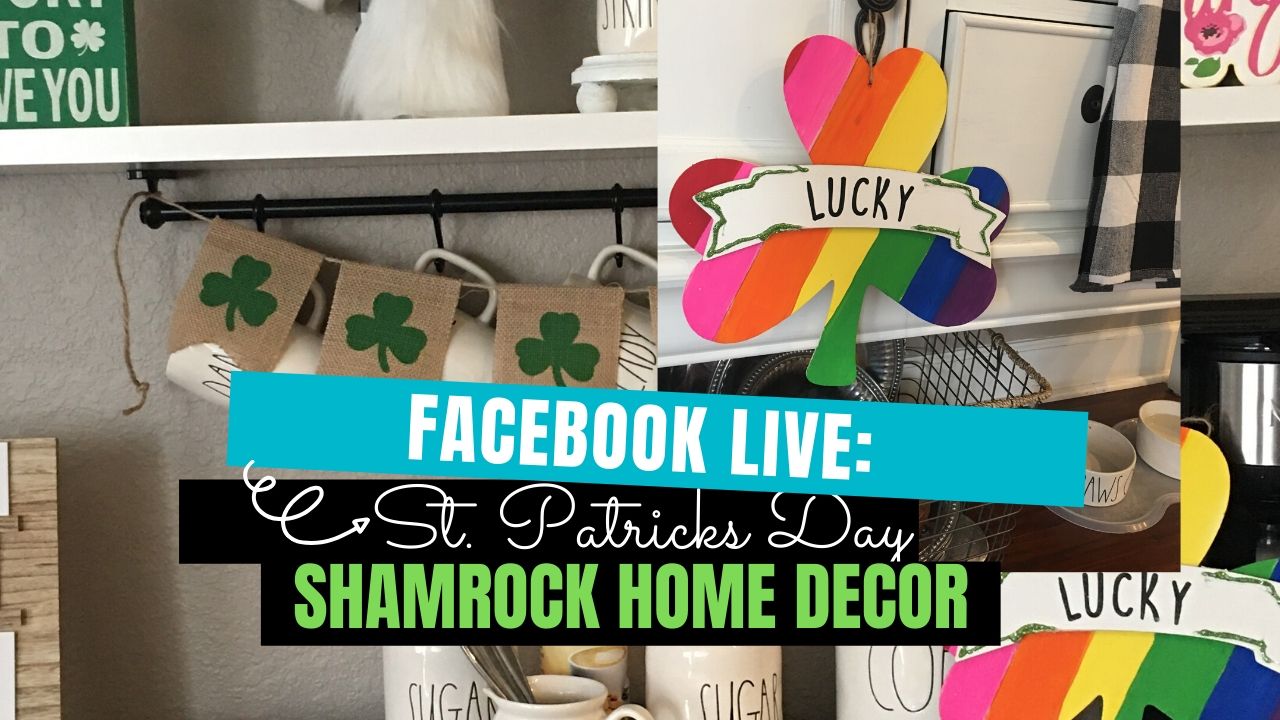 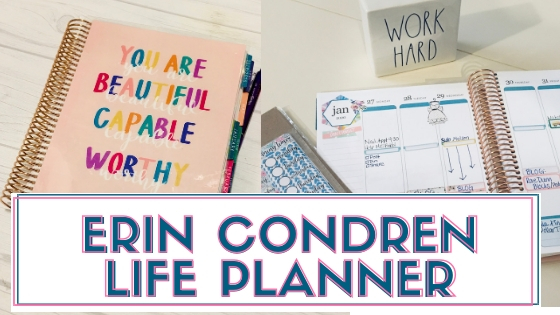 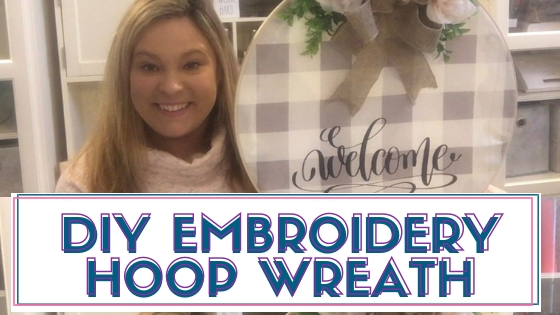 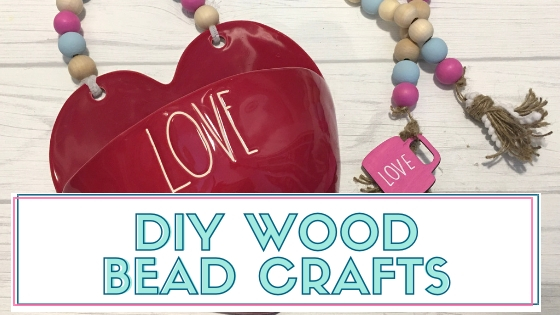 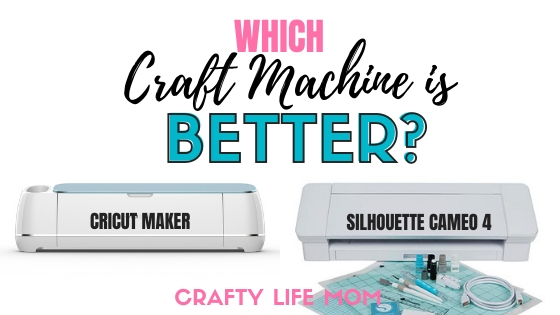 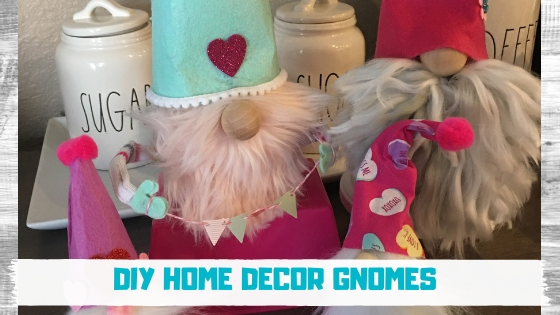 DIY Gnomes   Learn to create these adorable DIY gnomes using items from the Dollar Tree and local craft store. These are sure to make any home fun and trendy. You can even make them … END_OF_DOCUMENT_TOKEN_TO_BE_REPLACED

In the shop I specialize in personalized embroidery, vinyl monograms, hand stamped personalized jewelry, trendy accessories and unique gifts. My passion is creating personalized items and special keepsakes that help us all to remember life's beautiful moments. I love living a crafty life and my wish is to create for and share with others how they too can make their own crafty life!

Stay up to date

Here’s a look at my rainbow painted Shamrock fro

Watch Me LIVE Wednesday tonight at 7pm! Join me on

Sooo I finished organizing my NEW #dreambox and wh

Welcome! I'm Layne and I specialize in personalized embroidery, and custom monograms. My passion is creating special keepsakes that help us all to remember life's beautiful moments. I love living a crafty life organizing and decorating my home. And when I am not crafting something to share on the blog you can find me showing others how they too can make their own crafty life through their own craft business! Read More…

My posts may contain affiliate links. If you purchase through a link that I share I may earn a small commission at no additional cost to you. I only promote products that I have used and loved. I always share my honest opinions. You can read my full disclosure policy here.

Crafty Life Mom is a participant in the Amazon Services LLC Associates Program, an affiliate advertising program designed to provide a means for sites to earn advertising fees by advertising and linking to Amazon.com.

Here’s a look at my rainbow painted Shamrock fro

Watch Me LIVE Wednesday tonight at 7pm! Join me on

Sooo I finished organizing my NEW #dreambox and wh